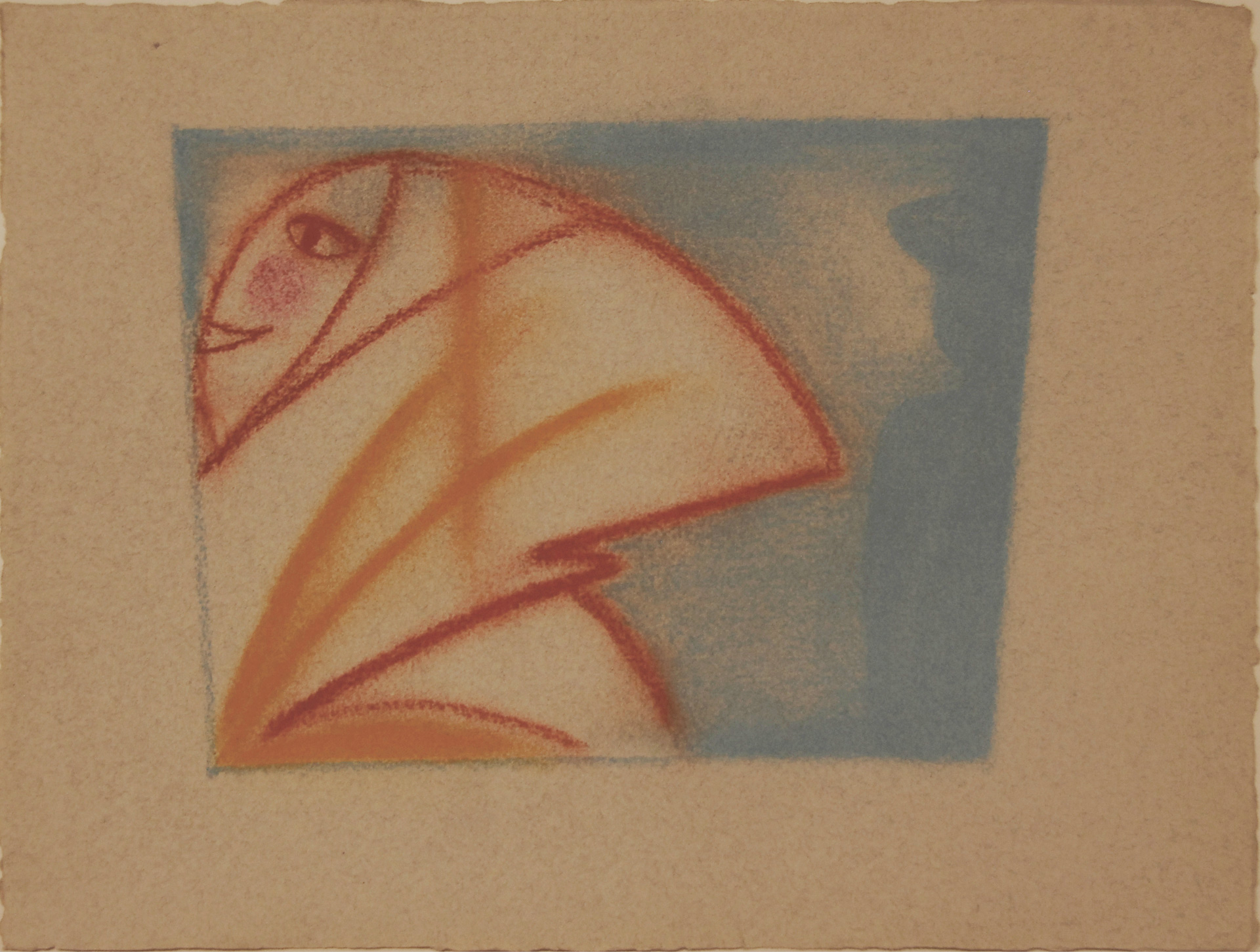 The floating world, or ukiyo-e, is both a reality and an illusion. On the verge of modernity in 17th century Japan, a myriad of characters, tales, and sceneries come together on paper to conjure up an increasingly complex and interconnected world. These artworks aim both to capture and comprehend the ever-changing daily lives of people and would have broad and profound transnational impact, especially in France. American artist Judy Blum Reddy’s practice encompasses this will to try to make sense of the world while assessing its fluidity and intricacy. Likewise, Reddy’s own experience is entangled in different translocal itineraries.

Her 2017 work Self+Life+To Write is an autobiography. Laid out on 20 wood panels, the artist was in dialogue with her own past. This colourful mixed media collage contained a number of references to her own early works created while a student at Cooper Union or later when she moved to Paris in 1966. She approaches her earlier works with lightheartedness and good humour, admitting that some were not great or that she had forgotten about them. Nevertheless, they are a part of her artistic career before we came to Reddy’s later works such as the 1997 100 Names of the Ganges or Timetables, which are also illustrated in this work and allude to her subsequent encounters with India. Other miscellaneous elements are interlaced throughout this large scale work. We see reproductions of Reddy’s past IDs, old photographs and labels. The title of the artwork and an amalgam of self-portraits occupy the central place of this set installed like a triptych. The artist comes face to face with herself. However, it is not a confrontation, nor is this quest of sorting through one’s own archives meant to be exhaustive. What we notice is an ease that is brought forth with the passing of time.

Reddy’s 2003 Song Tracks features in Self+Life+To Write. It will also be exhibited at the artist’s first solo exhibition in Dubai. The artist’s tongue-in-cheek juxtaposition of words and images brings us closer to this puzzle like artwork of 1950-1960s song lyrics connected by train tracks. In this earlier work, Reddy revisits the mid-century hits such as those of Diana Ross and the Supremes after a  long hiatus. Memory is at play in this work on two levels. She remembers first listening to these works when they came out while she typed down the lyrics in 2003. The papers were then decorated with various patterns or water-colour before being assemble in their current composition. Song Tracks was first exhibited in Hawaii where the artist’s husband Krishna Reddy was invited to teach. They went on the Hawaii trip together. Judy Blum Reddy also evokes fondly of this first exhibition where a cheerful crowd of students sang in front of those songs together. The artwork transcends a solitary creation and becomes a vessel for communal experience.

Reddy’s works cannot be disassociated with her own trajectory. Her trajectory cannot be separated from that of her late husband the renowned Indian artist Krishna Reddy. Judy and Krishna Reddy met in Paris and made New York City their home in 1974. Revisiting The……. was created in 2019 after Krishna Reddy’s passing. Krishna Reddy never throw anything away. When Judy Blum Reddy started sorting through the files and papers that her husband left behind, it was a journey back to the 1950s to 1980s.  She followed these trails. During these years, Krishna Reddy would have moved from Madras in India to study at the Slade school in London, then he travelled to Italy and finally to France where the couple met. He kept all his address books and papers. For administrative purposes, Krishna Reddy was a foreigner in many different places where he and Judy Blum Reddy called home, such as Paris and New York City. In this large work on black canvas, Judy Blum Reddy recreates those decades with records of highlighted moments such as the 1968 student movement, artistic gatherings at Montparnasse and bits of Krishna Reddy’s visa applications on stripes of white canvas.

Citizen 2021 brings us back to our not-yet post Covid reality. In December 2021, at the height of different protests and confined to her home, Reddy downloaded a mobile phone application called Citizen following friendly suggestions. The application would notify her when events happened in her proximity. Unlike when she supported the BLM activities in the street, the online experience was uncanny. Reddy was both fascinated and terrorized by these frequent notifications. Violence and strife seem to permeate. She decided to write them down on New York itself. Is there a fire? A robbery? Was someone stabbed? The safety of home and the apocalyptic outside world blend to make a hysterical experience. The artist creates 12 panels recounting this ironic experience, both her own but also a shared sentiment by many during a long, violent, lonely, and pestilent year. Reddy finds more peace now as she deleted the app. After all, it is always a good thing for an artist to have a lot of time on her own to think and to work.

In a strange way, the pandemic come to mean productivity for Judy Blum Reddy, culminating in this exhibition of recent artworks. The elegance of Reddy’s work lays in its simplicity. Though Reddy’s collage works are complex, the way she reproduces images are straightforward. She spends time with her materials and chooses which ones to reproduce by hand and which ones to photocopy, cut, and paste. It bring a human and haptic quality to her artworks. Reddy is not set on been exclusive or exhaustive in her selection of contents. There are images as well as words. She has a sensible and reflective stance to the subjects she contemplates. Her topics range from the personal to the communal, but never a speedily drawn conclusion.

Language also plays an important and powerful role in her practice. Reddy says in jest that this tendency to sort through categories of things with lists and taking notes might have to do with her working for more than twenty years at the Camille Billops and James V. Hatch Archives of African-American Culture. What I hope to emphasize here is not the artist’s will to organize. In fact, what Judy Blum Reddy does seems more akin to the process of trying to partially contain the chaotic and what cannot be standardized, not without irony, be it a life or a grave social issue. The trial itself is a contradictory act that the viewer should take into consideration not simply as granted but as a rhetoric question to ponder upon. The boundaries are ever so porous. Language connects her daily life and artistic work so that the artwork itself would have to descend from the pedestal and ask, under this appearance of a floating world - where is the past and what of the future?

Lou Mo holds a Master of Arts in Asian Studies (South and East Asia) from the École des hautes etudes en sciences sociales (EHESS), Paris, France, and a Bachelor of Arts and Science from McGill University, Montreal, Canada. She is an exhibition curator who has worked for museums including the Royal Tyrrell Museum, Drumheller, Canada, with extensive experience in contemporary art auction houses including the Christie’s house in Paris. She is an associate curator with the Opera Gallery Group, a Paris-based international gallery. She is interested in contemporary art, particularly in Asia and other regions of the former peripheral areas. Her works are related to multiple themes such as diaspora, identity and the perception of the world through different geographies.

Originally from Montreal (Canada), she currently lives in Taipei.