In the Beginning, it was all Water 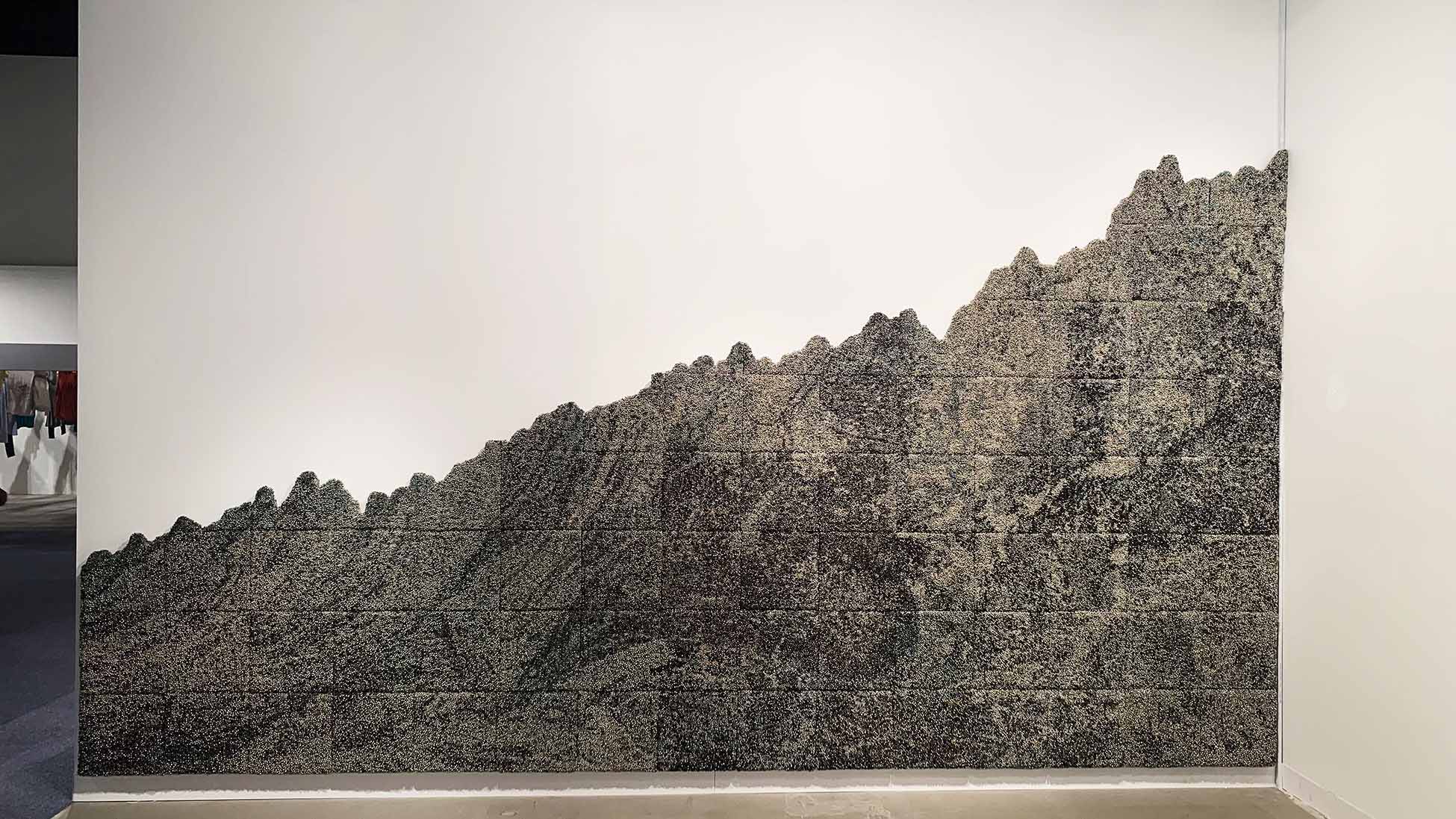 In the Beginning, it was all Water

“The ocean was like a toddler’s bathtub, plastic toys and junk everywhere, crowding out the kid, poisoning every sea. It got so even sea salt was part plastic."

In The Beginning, It Was All Water is a series of works that examines the cataclysmic impact of human activities on climate mutation, especially on our water resources. As suggested by the title, Galhotra is interested as much in the scientific theory of genesis: of evolution from single-cellular marine organisms, as in the apocalyptic fervor that threatens our existence, and that of so many inter-dependent species.

“I have heard the mermaids singing, each to each.

I do not think that they will sing to me.

I have seen them riding seaward on the waves

Combing the white hair of the waves blown back

When the wind blows the water white and black.

We have lingered in the chambers of the sea

By sea-girls wreathed with seaweed red and brown

Till human voices wake us, and we drown.”

In her work Rising, 2021 Galhotra refers to the statistical data of sea-level rising from scientific research agencies across the world. She conjures and constructs an image of gigantic sea waves, in her distinct materialistic oeuvre of ghungroos/trinkets, sewing each piece together like pixels. The sonic tangible material tied traditionally around dancers’ anklets is rendered mute here to address the intangible concern about earth’s dwindling water resources in the age of the Anthropocene. The alarmingly rising sea levels might even bring the mythical mermaids to the deserts where they would write their obituaries on the sand while they sing about the rising sea.

“Me miserable! Which way shall I fly

Which way I fly is Hell; myself am Hell;

And, in the lowest deep, a lower deep

To which the Hell I suffer seems a Heaven.”

The work Absence, 2021 reflects on the phenomenal shrinking of the Aral Sea, triggered by diverting of its two primary river sources for profitable cotton farming since the 1950s. This detrimental policy of the erstwhile USSR government meant a fatal blow to the whole ecology of the land, its fishery industry and life general, drastically increasing the salt and mineral content of the sea and harshening the local climate. By visualizing the in existing part of the absent lake as seen in the aerial view, Galhotra brings our attention to what is lost and what remains and needs to be preserved and regenerated. She addresses the disquieting consequences of the sea being split into four lakes, by the mindless construction of irrigation canals.

“The sea consequently becomes a vast field of dissolving bodies, and an abstract space of abstract liquidity, not easily connected or portrayed.” 3

In The World is Flat and Fractured, 2021, Galhotra looks at the pitfalls of technological development: the exploitation of natural resources, borrowing from Friedman’s ‘flat-world view’ which proposes that all the nations have equal opportunity in fields of commerce. The shards of mirror glass that constitutes the globe, contradict this much-debated theory of economic evenness, obsoleting national boundaries. The fractured mirror surface of the work metaphorically reflects the rupturing planet with its unequal distribution of capital and resources. One is reminded of the famous quip of Frederick Jameson, “Someone once said that it is easier to imagine the end of the world than to imagine the end of capitalism. We can now revise that and witness the attempt to imagine capitalism by way of imagining the end of the world.”