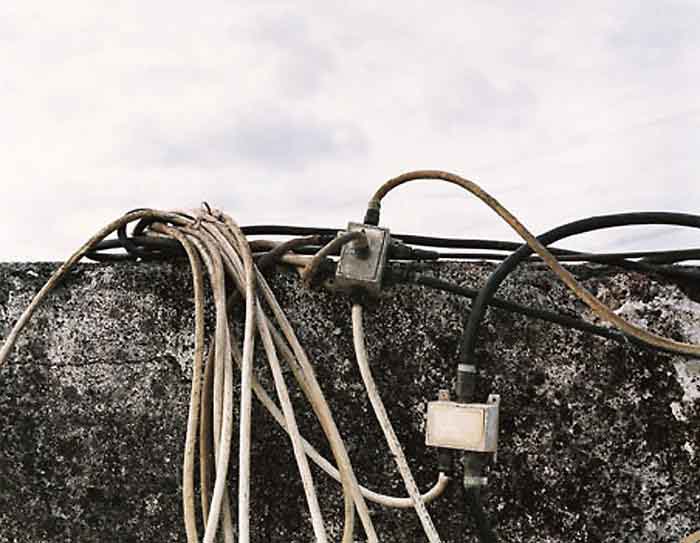 What’s a fair? It is a periodic gathering of buyers and sellers in an appointed place. What do they do there? They look at objects, judge them and buy them if necessary. The purpose is to either buy or sell. And it is often done in a fair manner.

What’s AFfair? It is anything but the above. In fact it s a lot more than what a fair aspires to achieve. It is just one of the ways to explore different worlds that has always been a human drive. One that uses the recent phenomenon of art fairs as an immediate and direct reference point. Which explains the timing of this unique show. It coincides with the Art Dubai 2008.

And like all such events AFfair too is the meeting place of lovers of the arts – artists, critics, curators, buyers, sellers, historians and passers by. An AFfair to remember

The many artistic styles on display here reflect the entire spectrum of possible artistic positions. This range enables visitors to obtain a clearer insight into their own interior world of images, i.e. into what touches, moves, stirs or fascinates them. After all, the search for art always has something of a private search for oneself about it. We cannot really confront and contemplate anything in art unless we have already established our own set of artistic values. And AFfair, be that may in the form of installations, new media or canvas paintings or drawings, endeavours to incite this passion time after time in new ways, new spaces, new times.

Part of a twin show being held at different venues in the city, AFfair is where the creative mind consigns the conventional to the future and thus conjoins with the evanescent. It is the place where the lover meets the loving. Matters of heart. Precisely, matters of art. An affair to remember.

Bose Krishnamachari is an artist with many talents. He works on different mediums with the same artistic verve. Studied in Sir.J.J.School of Art, Mumbai and Goldsmiths College, London, Bose started off his career with abstract paintings. Though he used to paint in a hyper-real style during his formative years, the language of abstraction attracted him considerably after his studies in Mumbai. Working between two diametrically opposite art languages, namely figurative and abstraction, Bose gives accent on concepts rather than the actual images or surfaces that he paints. His works are the physical manifestation of certain concepts on art and its engagement with the society. Besides being an artist of worth, Bose finds time for curating the works of other artists. He has done several path breaking shows that include, Bombay Boys, Double-Enders, Maarkers, KaaM, Soft Spoken and so on. He has been instrumental in forming several artists’ collectives.

"Space In-Between" is the title photographer Bharat Sikka has given to his on-going series of landscapes shot across India. The title can certainly represent the general state of the Indian psyche these days, with not only foreign influences coming into the country via globalisation but also the increased inter-connectivity between different parts of India itself, through telecommunications and increased domestic travel. Sikka captures this rather abstract state of being in a purely visual mode, free of language and any cumbersome nomenclature.

Within a short span of time, the Mumbai-based artist has left an indelible mark on the art scene. His career graph has shown impressive growth and he has been constantly asserting and pushing himself with his strong body of work.

The 32-year-old artist was particularly noticed for political overtone in his work. His paintings, to put it in his words, carried a protest symbol one way or the other. He remarked: "I strongly feel it is my duty to be political. I believe that my paintings should look back at the viewer rather than just tell a story or hang on the wall."

Sudarshan Shetty has been regularly creating artworks since 90s and mostly works on sculpture and installations. His work envisions a lyrical world full of playfulness and freedom liberated from political issues. It displays an intriguing combination of the representational and the abstract.

The artist strives to escape from the social framework, and at the same time, tries to collect scattered fragments of daily life. Through the process of editing and applying these (fragments), he superimposes various facets of contemporary society. In fact, though formally trained as a painter, Shetty progressively became interested in sculpture and installation, and began to combine his paintings with found objects that he painted.

Kerala's T V Santhosh is counted among India's prominent artists of the younger generation. Though he has had his first solo show relatively late, at the age of 35, the talented artist has already made a mark on India's art scene.

Born in 1968, T V Santhosh completed his B. F. A in Sculpture from Kalabhavan, Santiniketan in 1994 and then studied at Faculty of Fine Arts, M. S. U, Baroda till 1997. For him, transition from sculpting to painting has been rather curious. He decided to take up painting full time after his stint at the Kanoria Centre, Ahmedabad. Even while he was sculpting, he always used the human form. Gradually, he began feeling more comfortable expressing himself through paints, although he continues to sculpt.

His posters were an organic extension of his love for cinema ,he did a poster on hitchcock’s birds, for the inaugural basement show , it was awarded at the cannes advertising festival and british design and art direction (d&ad).

He likes mixing up digital photography, charcoal, typography, photocopies and the internet.

The artist Shilpa Gupta has created a number of on-line art works. Like many of her generation she views the web as an extension of her daily reality. For her, the net is a habitual part of a conceptual world as television was for an earlier generation. So to speak of politics, the nature of intimacy, cultural differences, love, tradition, gender politics, ideology, global capitalism and the impact these have on the individual is a natural extension of the artist's world.