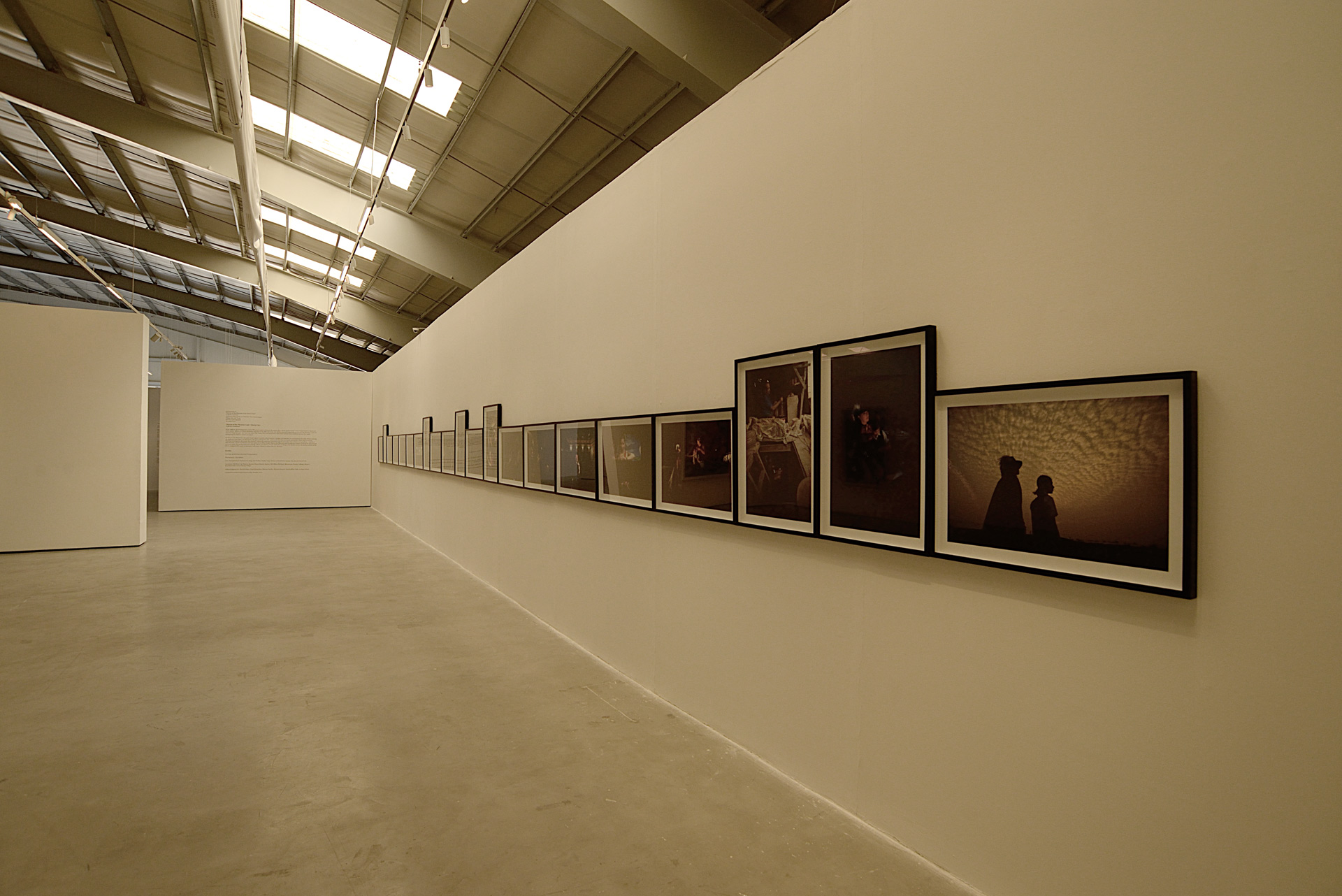 Pushpamala N. is a photo and visual artist based in Bangalore, India.  She formally trained as a sculptor and eventually shifted to photography to explore her interest in narrative figuration. Her work has been described as performance photography, as she frequently uses herself as model in her own work. She uses elements of popular culture in her art to explore place, gender and history. Her upcoming solo exhibition at 1X1 features one of her latest works titled, The Arrival of Vasco da Gama (2014) as well as the series Avega: The Passion.

Avega explores the characters of three women from the epic Ramayana as archetypal figures. Set in fantasy environments, fateful incidents from the epic are played out on a spectacular stage with fog machines, elaborate painted sets, costume and lighting to create powerful atmospheres. Pushpamala plays with various genres of image-making in her works, resulting in richly layered hybrids with multiple references. Many of the works in the exhibition refer to theatre stills from the early 20th century, while others use early cinema as their models. The artist is always the central protagonist in these dramas and the works function as documents of performances, as critiques of representational constructions, and as oblique self-portraits.

The Ramayana, seen as the national epic, is the story of the good warrior king / hero / God Rama, who is banished from his kingdom to the deep forest due to the machinations of his stepmother Kaikeyi, who wants her own son to be king. Rama’s wife Sita and brother Lakshmana follow him into exile. Towards the end of the fourteen year exile, the form- changing demoness Surpanakha, the guardian of the forest, is attracted to the two young princes and tries to seduce them by taking human form. The brothers mock her, and as she plunges to attack Sita she is punished by Lakshmana who cuts off her nose and ears. The wounded Surpanakha then goes to her brother, the powerful demon king Ravana and incites him to abduct the princess Sita in revenge. This leads to a Great War where Rama kills Ravana and defeats the demon army, fulfilling his destiny as the god-king.

Chala / Intrigue (Set of 6 sepia coloured photographs) - is based on the incident where the old hunch-backed wet nurse of the Warrior Queen Kaikeyi, stepmother to Rama, plays upon her insecurities to ask for Rama’s banishment to the forest before his coronation in order to crown her own son the king. The palace intrigues are portrayed by creating elaborate tableaux which are reminiscent of early 20th century travelling “Company” theatre.

Indrajaala / Seduction (B&W Video installation) - based on the punishment of Surpanakha by cutting off her nose and ears by the prince Lakshmana, using the style of early ethnographic cinema and animation, which the artist sees as the ‘primitive’ of the modern era.

Apaharana / Abduction: (Set of 9 colour photographs) - based on the abduction of princess Sita by the demon Ravana. The act of the abduction of a woman which is a central theme in many of the world’s mythologies, is stretched out in many frames using Orientalist images of the odalisque. The pictures take references from Western oil painting and a dark Symbolist imagery via their use in Hollywood films, Ravi Varma paintings, popular illustrations and calendar paintings.

Mrugayati / The Hunt (Stop motion colour video loop) - a video created from still images of the demon chasing the princess, like a fragment from a recurring dream or nightmare.

THE ARRIVAL OF VASCO DA GAMA

(after an 1898 oil painting by Jose Veloso Salgado)

The Arrival of Vasco da Gama (2014) is a photographic recreation that deconstructs an 1898 orientalist ‘history’ painting by Portuguese painter Jose Veloso Salgado -Vasco da Gama perante o Samorim- which depicts Vasco da Gama’s first meeting with the Zamorin of Calicut. Having discovered a direct sea route to India from Europe, Gama disembarked on the shores of Calicut in May 1498. His meeting with the Zamorin to wrestle trading privileges was unsuccessful as the ruler, who was unimpressed by the goods Gama brought, refused to conclude a trading pact with him. Created 400 years after the actual event, the painting celebrates Gama’s arrival in Calicut. It depicts him addressing the Zamorin’s court; a nobly attired European visitor surrounded by the imagined decadence of an oriental court. The setting reflects Western Europe’s conception, continuing well into the 20th century, of the savagery of medieval non-European societies as those ruled by despotic kings and awaiting Europe’s civilizing touch.

For The Arrival of Vasco da Gama Pushpamala plays her first male role as the celebrated navigator, recreating the original painting as a photographic tableau with artist friends as supporting cast. Elements of the painted sets made for the shoot and written texts form an installation like a theatre museum around the photograph, unpeeling the work. The artist turns Salgado’s conception on its head, returning what is a work of imagination that has over time gained a degree of historical legitimacy, to the space of fiction and masquerade.