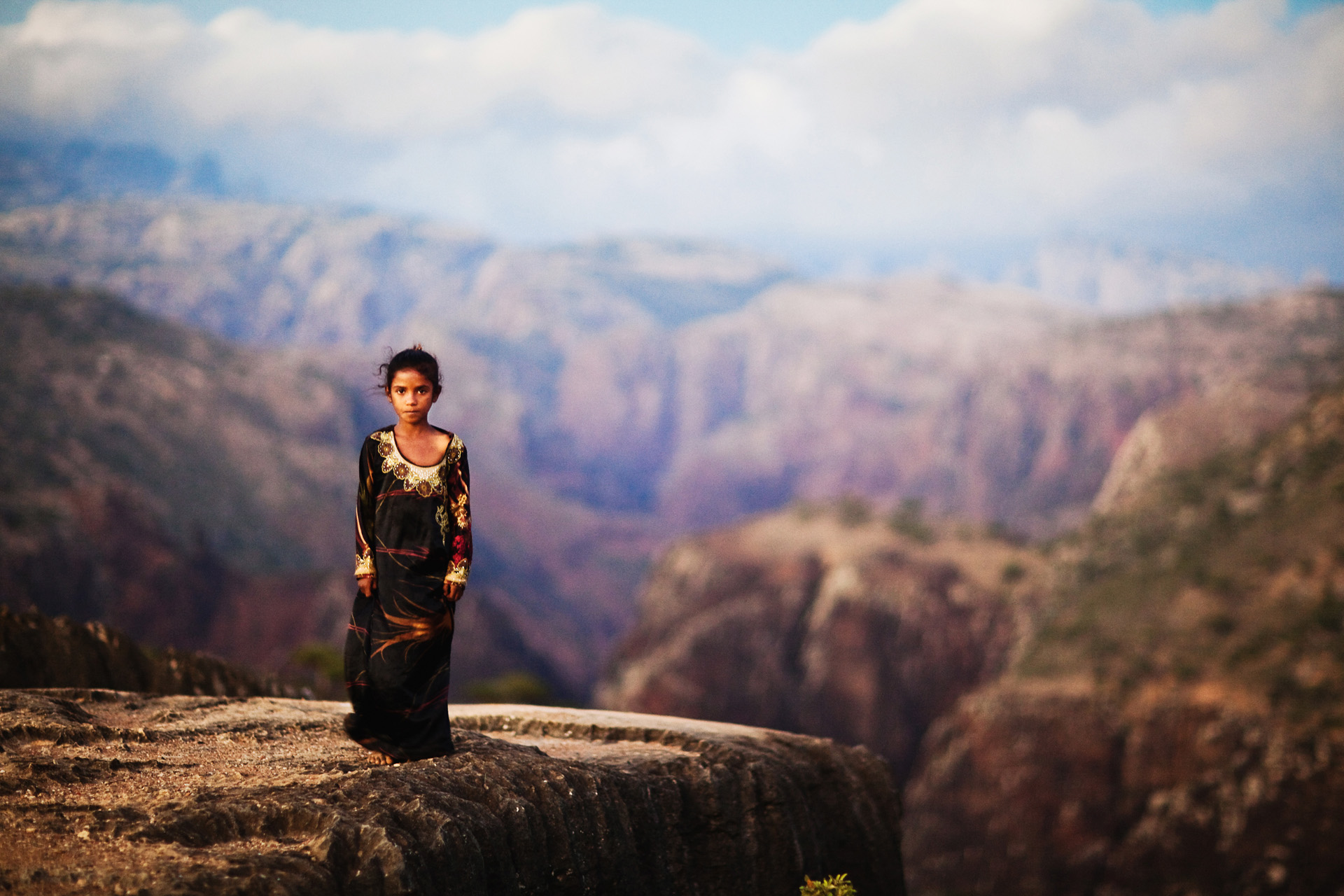 Stretching from the coast, the Sahel moderates the aridity of the Sahara and humidity of rain-forests that run across the equator.  The strip of the 'Sahel' is often seen as a length of  moderate thought and action in Africa.   But its an ancient geography which has seen decisive interactions and exchanges of population.  The Arabs brought Islam to a region that adopted it to the 'Terre'  creating a realm of peace informed by humility, tolerance and acceptance.  Colonised and divided by western actors on their scramble for Africa,  hosting the ports for the slave trade, the Sahel is changed.  Imaginary boundaries divide it and militias roam the flat plain destroying ancient libraries in Mali or kill children in a race for oil with another race.  But these conflicts resolve soon for  a constant return to the principles of Sufism naturally decrees against violence and enmity.

Zied Ben Romdhane has wandered from a young age visiting his father an Ibadite dissident in Oman, but his nomadism is most unlike of those from his island -Djerba , off the coast of Tunisia.  Djerba or the island of 'Lotus Eaters' according to Greek Mythology, Odysseus and his sailors  traveled to and upon eating its Lotus flowers forgot their homelands.  Ben Romdhane is a photographer based in Tunis,  photography was something he received outside school, but years with the camera allow him this vocation.  Fashion and commercial photography finance his travels as an artist who documents lives he seeks are to be remembered.  As a member of a media collective - Taabir,  Zied Ben Romdhane was involved in producing with Rafiq Omrani a documentary 'Sit In'  on the young participants who were on the margins of the Tunisian Arab spring.  His debut show Zones D'Attentes at Clark House Initiative Bombay were a set of photographs across Tunisia,  Egypt and Libya  of Sudanese,  Bangladeshi and West African refugees awaiting to be repatriated from zones of conflict,  people ignored by the excesses of the change in regimes in the Maghreb.

Zied is concerned with the idea of erasure, of how photo journalists ignore humans in the shadow of the limelight. The act of travel is a personal quest, searching for reasons that reconstitute his belief in the idea of commonality across geographies and the camera documents the erasure of differences among his human subjects.  The landscape in his lens is ignored, though often captured in the background of his subjects.  He travelled to Yemen and was soon tired of finding himself in the ancient medinas of Eden.  Thus he found himself in Socotra.  Socotra is home to an indigenous flora and fauna, along with a people who speak a language distinct from Arabic spoken in Yemen.  Like his own island of Djerba, Socotra is often the scouting ground for filmakers as a landscape for science or space movies,  searching for an alien landscape.  Doing so they ignore its residents.  Zied captures paints portraits of its people with his camera,  capturing them juxtaposed with the umbrella shaped drafgon blood trees that are endemic to Sokotra.  Zied is aware not to exoticise, he stays away from attempts that might resemble a project like Leni Riefenstahl's ' The Last of the Nuba' project in the valleys of Sudan.  Leni saw her project in the Sudan as an exercise to exorcise herself from the ghost of her Nazi past,  but pictures when seen today seem derived from a a gaze of exoticism  that initially attracted her to become a propagandist of Hitler where she had been seduced by the masculine army drills.  He is not sympathetic of his subjects, he does not seek them out as victims,  but reflections of himself.  For he was mature to reject the draw of the camera towards the Arab Spring in Tunisia, even though he was an active member of the movement.  He stayed at its margins capturing those who were unreported by the photo-journalist colleagues.

He creates a faux lunar landscape that includes cars, highways and children out at night.  Working with children suffering from a rare skin ailment that makes them prone to skin cancer if their skin is exposed to the rays of the sun,  Zied lives and travels with them documenting a Tunis seen only at moonlight and under darkened eye shades.  In 2013,  he travelled to India on a residency with Clark House,  searching for a partner through Maghreb's most potent social tool Facebook and his contacts with activist Tunisians in France.  After exhibiting 'Zones D'Attentes'  in Bombay Zied Ben Romdhane travelled to Ayodhya, pilgrim town in the Gangetic plains to begin a residence at Mithila Bhavan a temple monastery in the city.   He was to accompany video journalist Shah Alam a young man who had lived as an orphan in a temple not far from the sight of a mosque that had been destroyed in 1992, disputed as the birthplace of the Hindu incarnation of Vishnu, Lord Ram.  Ignoring the divisions that were enforced by political faction that benefited from the polarisation,  Zied began spending time in one of Ayodhya's first official 'Yatimkhanas'  from 1934.  The building was styled on a Persian Sarai and partly as an Islamic seminary.  Here orphans are boarded and taught Islamic as well as secular education.  The 'Yatimkhana' was built through public subscription from both Hindus and Muslims of Ayodhya after serious rioting had occurred in Ayodhya and neighbouring Faziabad in 1934.   Zied captured the students disengaged from their religion as did he capture saints, wanderers and pilgrims in candid postures away from their religious preoccupation.  These photographs document lament on the constant need to stress on divisions that are unnatural and forced, Ayodhya lies in the Awadh region,  a region celebrated for its inclusiveness like the Sahel,  but a region that is often divided on purpose much like colonial overseers had done in Africa.

In the Sahel,  specially in Senegal 'Lutte' or wrestling is the national sport,  violence is systemised and reserved for the sandy open surfaces where men fight following a system of ethics and respect derived by Sufi Marabouts or Murids.  Men train their bodies to succeed in the sport which often resembles moves of people moving to Wolof dance and music. During his sojourn in India Zied travelled to Kolhapur, to visit the Kushti or Wrestling rings of the city.  It arose from his own personal passion for the sport, but was interested in the collaborative spirit of the members of the club who enter into an understanding of fraternity that transcends support and enters society through a system of principles and ethics.  Zied was engaged in the idea of the spiritual capital of the sport of the ancient Teacher - student relationships and clans that had arose around the sport.  These men wrestled in mud halls which they would first tend too and then use each day.  The men at tussle symbolised the beauty of a tangible use of masculine strength. These clubs are called Akhadas and the earthen pits are like ateliers of brotherhood inhabited by monk like wrestlers.  Aggression when arrested and channeled towards sportive needs is essential in societies that range from Senegal to Tunisia and India to check the frustrations that arise from rampant corruption and unemployment that plague the youth in these regions.  But the practice enacts the role of certain visual culture of performance and public sculpture.

Zied Ben Romdhane,  enters a space of crossroads,  while exhibiting in Dubai.  Here two disparate nations his native Tunisia and India inhabit and dialogue as migrant workers in the United Arab Emirates sharing lives and work, it is here where once turned away by harsh European Visa regimes many seeking work come across cultures that they might be familiar with for they may belong to competing ex-colonial masters.  Here the Francophone , Anglophone,  the Lusitane and the independent histories come together through free trade and possibilities of livelihoods, here Africa,  Arabia, and Asia meet in an alien arid scape.  The idea of temperance brought about by the Sahel finds its most ulikely host on a port on the Indian Ocean.