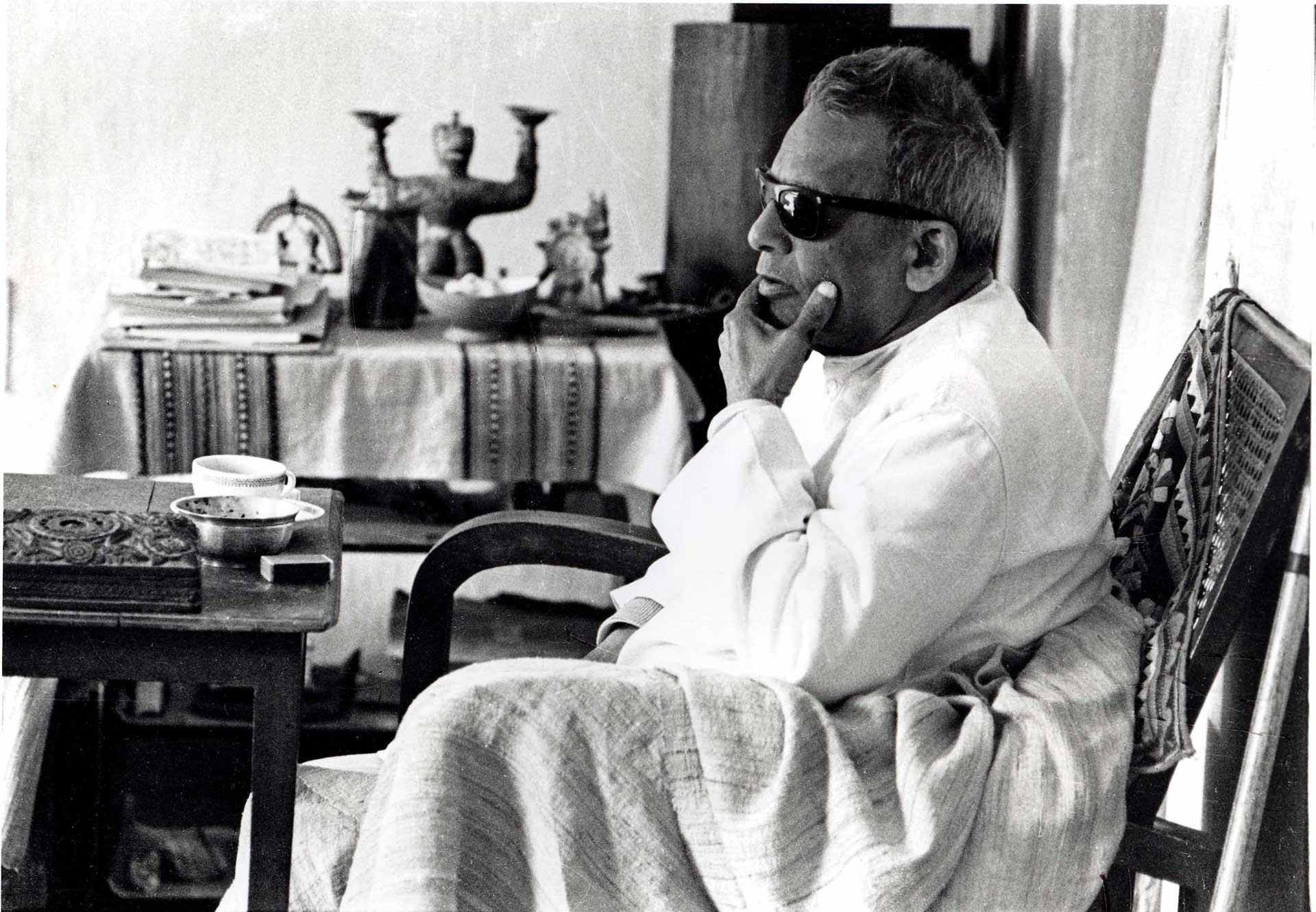 A Set of Black and White Photographs

Last year I was sent a set of black and white photographs by Nemai Ghosh (1936), taken during the shooting of The Inner Eye by Satyajit Ray (1921-1992). The documentary was Ray’s homage to the Bengali painter Benodebehari Mukherjee (1904-1980). On examining the set, I was unsure as to what I could say meaningfully about it.  But as I gradually delved into these photographs a story began to unravel. That story was about the taking of these pictures and what they meant to the film-maker and the painter.

Nemai Ghosh (b. 8 May 1934) is best known as the photo-biographer of Satyajit Ray. From 1967 to 1992, the year that Satyajit Ray passed away, he photographed every aspect of the maestro at work.

Ghosh photographed the great masters Jamini Roy, Ramkinker Baij and Benodebehari Mukherjee over the years 1969 and 1970.

Professor Partha Mitter is Research Professor of Art History at the University of Sussex. His research focuses on connections between Indian art and national identity and he was recently awarded an AHRB research grant for a collaborative project entitled Modernity and National Identity in Art: India, Japan and Mexico, 1860s-1940s. Professor Mitter has been a Visiting Scholar at the Getty Research Institute in Los Angeles and he also lectures around the world, notably Columbia University, Princeton University, and Oxford and Cambridge Universities. Recent publications include Indian Art (Oxford University Press, 2001); Art and Nationalism in Colonial India, 1850-1922: Occidental Orientations (Cambridge University Press, 1994); Much Maligned Monsters: a History of European Reactions to Indian Art, (University of Chicago Press, 1992).