What is it? Curated by Sumesh Sharma 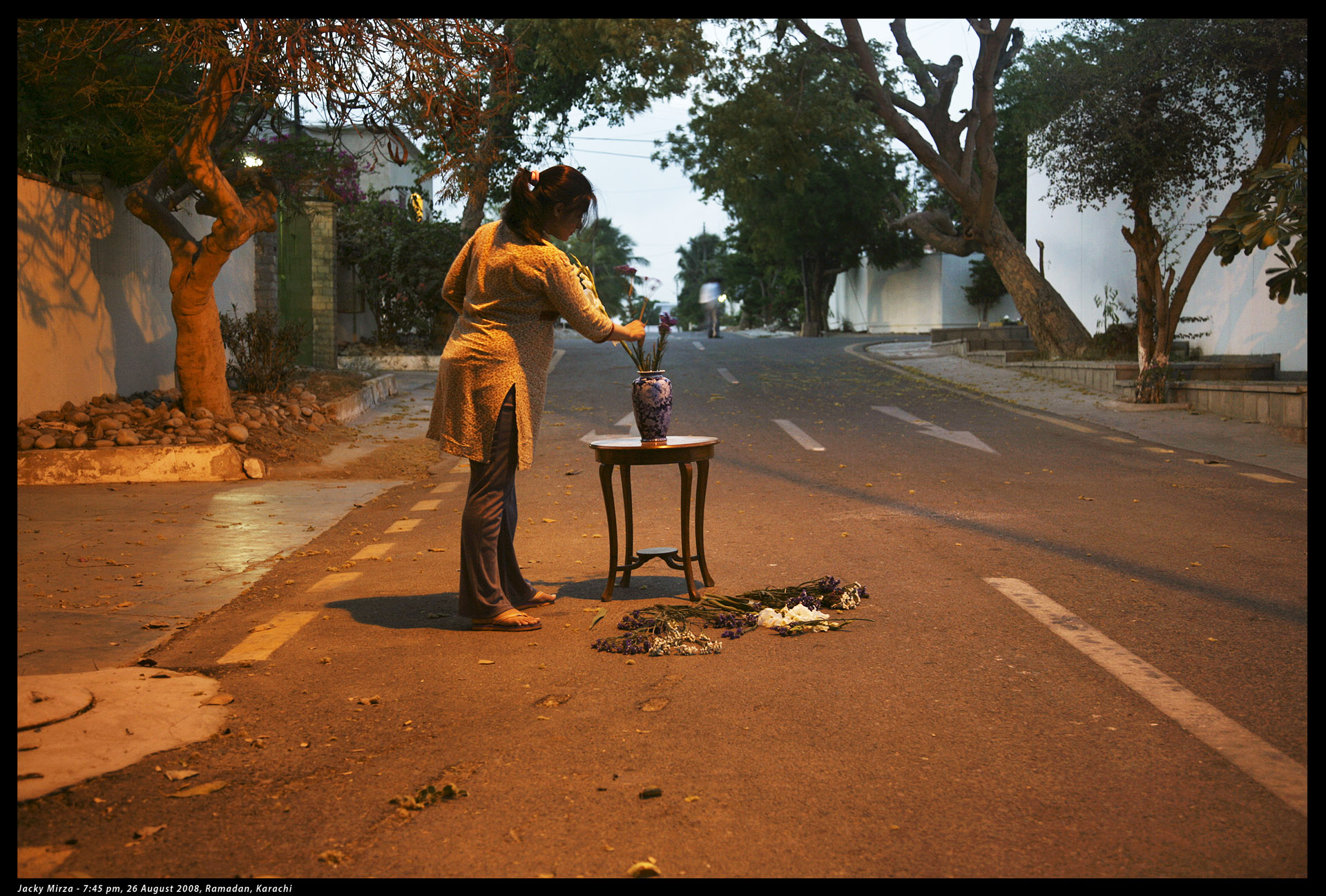 What is it? Curated by Sumesh Sharma

Portraiture becomes a trajectory of inquiry into the layers that constitute aesthetics, conceptual thought and the politics of artistic practice. 'What is it?' was Mathew Brady's travelling photographic studio that introduced the magic of the photo to rural American audiences, and is a question still asked in the realm of an art fair. Portraiture has been a constant in the vocabulary of the visual arts in subcontinent dating back to the earliest know Jain Miniatures. Western Classical academic practice introduced portraiture in colonial era art schools that dealt with the subjects anatomy and perspective but soon the practice was incorporated into forming diverse narratives that are encountered in the exhibition.

Aristotle argued that Art would not replicate the physical outwardness of things but rather reveal their inner significance.  Portraiture and the practice of portrait painting since then has accomplished myriad techniques and perspectives that reveal histories of identity, gender, politics and conceptual practice.  'What is it?' was the travelling photo studio of Mathew Brady a travelling photographer.  Brady covered the American Civil War and took photos of Abraham Lincoln,becoming a prolific photographer who advertised his services and ran a gallery that ran exhibitions based on his photographs of iconic battles for the sons of parents who wanted to see them in action before they perished to their destinies. Doing so he founded the genre of photojournalism.  Raja Ravi Varma considered the father of Modern Indian Art taught himself to make portraits initially of his kin who constituted the Travancore Royal Family of Kerala and later lent faces through his study of Western practices of Anatomical drawing to posters that depicted mythical scenes from Hindu Epics thus establishing a face for Indian Gods and Goddesses. Portraiture has been an instrument of introduction of the Visual Arts to many households in India exploiting religiosity,  political sycophancy and an amazement towards western classical understanding of perspective and anatomy.

In the folklore of the Sir JJ School of Arts,  Bose Krishnamachari stands out as one of the few students who aced a portraiture examination, which since has been unheard off.  Krishnamachari  was often found in his paintings straddling a series which also also included Mahatma Gandhi and the Bombay - Dabbawalla (the city's legendary food courier service) . He de-curated an exhibition where he made portraits of artists with whom he saw certain affinities so as to question the role or non existent role of curators in Indian exhibition making.  A large muralesque canvas  becomes the curatorial juncture for this exhibition , Krishnamachari paints himself alongside Sudarshan Shetty,  an architect friend Raja Rao and Atul Dodiya , a florescent caption just below the portrait critiques neo-realism. Rather the caption establishes a turn towards photo-realism where an entire generation of artists turn towards this technique grappling with the influx of the image post India's liberalisation that unleashes a media boom of television channels,  internet and newspapers that begin to celebrate the artist as a spectacle apart from his work.

Sudarshan Shetty carves out extravagant sculptures from the wood procured from the debris of old home and structures alike.  The debris is intricately carved often referencing the architecture of sufi tombs in Ahmedabad and at times mimicking the ornate canopies of Mughal pleasure pavilions.  For the viewer Shetty perhaps sees himself as an artist who inhabits the parody of contemporary India where an artist is expected to make opulent objects while inhabiting a city like Bombay that revels in the debris of broken structures and a disappearing architectural heritage.  This heritage is not a concern for the religious right that often moots controversies over the interpretation of history of how India portrays itself. Like alabaster stone busts moving towards the sculptural has its moment of exaggeration,  which Shetty and Chitrovanu Majumdar begin to chereograph. Chitrovanu Mazumdar creates a large crypt of lights that illuminates his practice as an artist and the elements he often uncovers in painting translating into a play of light that insists on the painterly illusion.  This transferability to another medium occurs as an argument for the proposition of painting as a vehicle of conceptual discourse question the established aesthetics of conceptual art in materiality.  Or is it sculptural? Does a crypt allow a sanctoram of illumination.

Mohammed Kazem a figure in contemporary art in the Emirates proposes conceptual configurations of performance and photography where he is the subject of the portrait somehow enacting a role of the artist who straddles an existence that is physically present in the Khaleej,  ethnically reminiscent of Iran ,  vocationally in conversation with the West but tied to its proximity by language and culture to India, one which is defined by migration.  Vikram Divecha an artist who is in the Emirates on a self-funded visa and who makes iterations with labour extending their natural inherent aptitude to collaboration to conceptual art makes a comment on how he perceives himself as the migrant artist,  transient labour and a resident of a city he enjoys.  Yogesh Barve places himself fictionally in the portraits of others and by doing so commenting on his affiliations in politics and art history. 3

Mithu Sen has been the protagonist of her many works often inhabiting them as the subject or allowing her fantasies to inhabit the drawing board, what then arises is an intricate body of drawings that encourage the viewer into accepting the plausibility of their own fantasies , fetishes and dreams.  This style of portraiture that moves between performance,   the written word,  gathering of found objects,  sculpture and painting is persuasive in addressing the politics of identity and re-appropriating the visuals of misogyny.  Language becomes her scape of questioning how she is identified and mis-recognised.  Her name is used as parody of how she can be distorted.  Shibu Natesan is a painter's painter and one who has a deep sense of perspective in landscape and portraiture.  But that perspective is an animation of his own deep affiliation to black consciousness and the marxist space he finds affinity with in politics.  Natesan's portrait of Jembu Kenyatta  is a self portrait  and of a 'Black Marx' , one which Patrice Lumumba would have lived to be. Natesan presents a bouquet of self-portraits and portraits of characters from political revolution and world music.  All icons of the movement that was iconoclastic against religion.  The artist self portrait in a culture that frowns upon the worship of the living but is plagued by sycophancy, is an act of revolt and critique through iconoclasm.   Bhupen Khakhar presents the versatility of auto-portraiture where he through his abilities of a self taught painter and amalgamating popular culture narrates a specific story on gender identity that mirrors Aristotle's  definition of portraiture which is one that illuminates the inner self through layers that are both visible to certain eyes and invisible to others.

Bani Abidi choreographs the empty streets of Karachi during Ramadan at dusk.  She populates this emptiness by a fiction demographic that would have been reality had the city not witnessed decades of historic depopulation.  Karachi's infrastructure and urbanism which is informed by a port, one that has preceded Dubai by decades is inherently a habitat of cosmopolitanism. The city has housed and accepted with great success migrants who suffered the travesties of the partition of south asia and over the last decades the geo-political churns in Afghanistan.  But the phantoms of her photographs remain in the abandoned temples,  aged facades of the neo-gothic buildings,  and in the names of public buildings and institution reminding us of a city and its alternate cosmopolitan infrastructure.

Raqs Media Collective presents the animated palm of Raj Konai an agricultural labourer from 19th century Bengal.  The colonial project apart from cartographical mapping of territory that finally was used to decide upon the boundaries of the Indian nation included a scientific,  statistical and anthropological exercise where colonial officials went about collecting vast numbers of information about the subjects of the British Empire.  The information was well archived and inferences were made based on them and by the personal accounts of researchers from the time.  But all of this arithmetic compilation did not encompass a real description of human existence and that of a singular person.  The state that inherited the colonial empire's need to gather humans in order to administrate often forgets its responsibility to insure the self determination politically  and  intellectually of every man, as the bureaucracy regards each citizen a number it has to manage.  Much like political systems and formats of adulation that often concentrate their energy on the portrait,  creating a religiosity that subverts the ambitions of a political system such as Marxism.  Among the offices of the Indian Communist party one might never come across the portrait of Rosa Luxembourg,  and had people heeded to the advice of Luxembourg about her criticisms of the October Revolution,  the Soviet system might have survived its definite end that was brought about by a culture of sycophancy and foolish reverence.  Raqs Media Collective's create a photographic witness stand of her last days in Berlin calling the set of photos ' The Perpetual Recall of the Penultimate Afternoon' .

Zied Ben Romdhane like Mathew Brady has travelled across North Africa and West Asia chronicling a people who live through times of extreme disturbance.  With his portraits he contests the aesthetics of photo-journalism and the drama it presents in its dramatisation. The Automated hand of Raqs Media Collective inhabits in the long history of symbols that communicate directions,  places,  electoral parties,  mythology and solidarity in a nation where the writing word is still to be made accessible. Symbols almost always fail to portray their visual representation, the lantern never brings political light of social justice,  but represents a certain individual who is instantly reckoned with it.  Mathew Brady called his travelling photo-lab 'What is it?'  much akin to the questions people ask when encountering art in an exhibition.  Through portraiture we thus embark on answering certain facets of  how aesthetics , history, material  and politics have shaped our understanding of art.