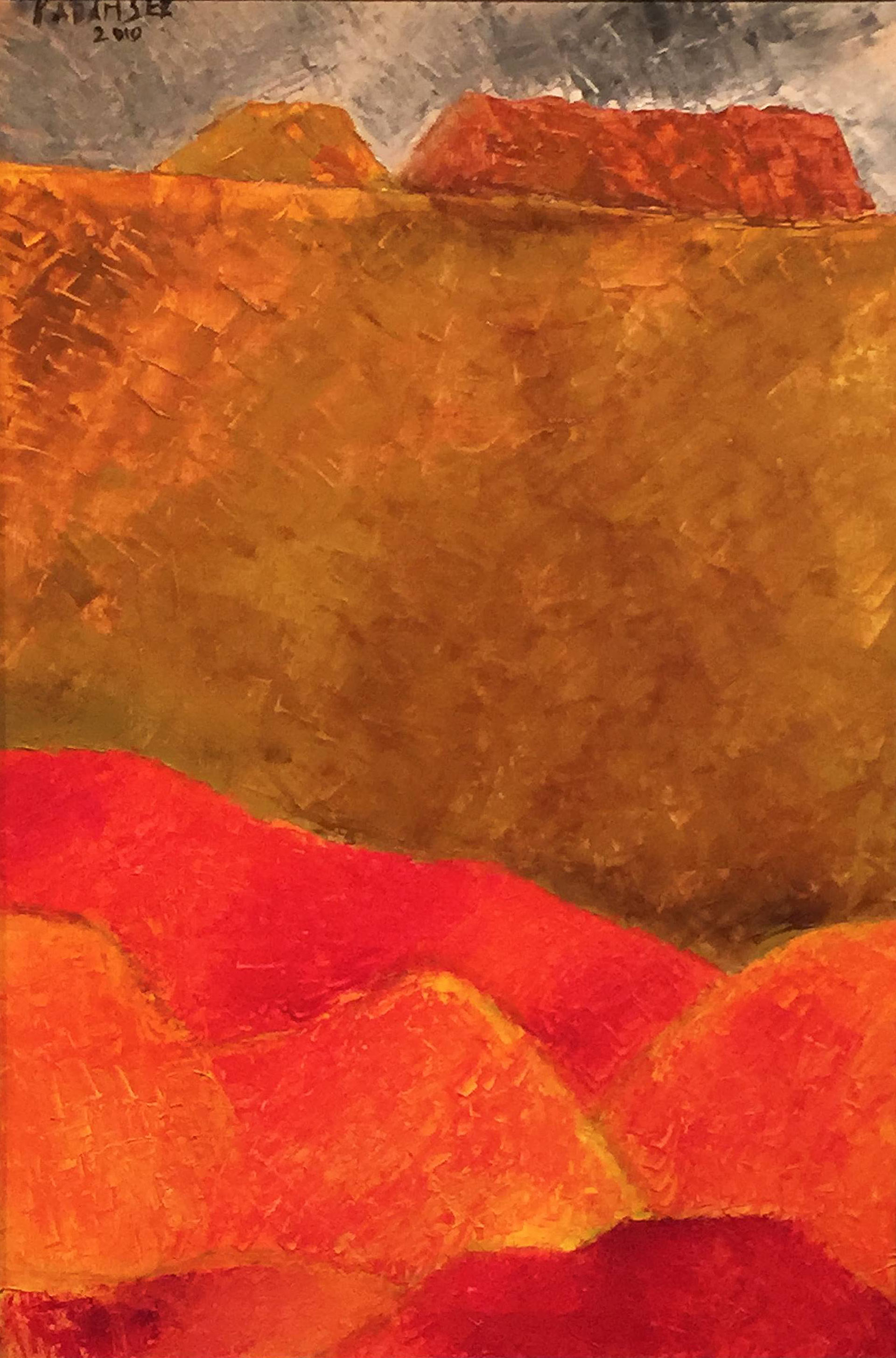 The search for a visual language that could define modern India began before the creation of the modern nation-state in 1947, with the backdrop of the British Raj, and the establishment of art schools that introduced a western and fetishized approach to image making in the subcontinent. This academic style impelled the Western ideals of composition and perspective, powerfully embedding a British way of seeing into Indian artistic production – a political maneuver as much as an aesthetic one. As the nationalist movement grew, the call for a visual culture of resistance became necessary. Not only turning to the indigenous history of the subcontinent, artists looked outward to Europe and beyond, considering the visual experiments that were taking place abroad and how to exist in dialogue with them.

The Singular and the Plural, an exhibition at 1X1 Art Gallery, considers the various voices that emerged during the inception of the Indian nation, when the search for a single discourse to embody the struggle for a unified country was most urgent. However, as the multitude of styles and diversity in subject matter suggests, the singularity of an Indian aesthetic is as much a myth as the concept of a single national ideology. The show also suggests that this monolithic vision of India continues to have an uneasy fit into the present moment. The distinct linguistic, cultural and religious traditions, punctuated by violent outbreaks over issues of communalism and caste, continued to hold sway over local politics throughout the last century.

The Bengal School was among the first to take a concrete stance against the British. Led by Abanindranath Tagore in the early 20th Century, this movement included artists like Nalandal Bose, and considered a return to the techniques of Mughal miniature as part of the solution for a new avant garde. Painter Jamini Roy’s practice was grounded in the Kalighat Patua tradition from Bengal, which shifted its focus from religious iconography to images of everyday life. In 1943, Nirode Mazumdar and Paritosh Sen among others started the Calcutta group in response to famine and social upheaval, breathing new life into the art of Bengal. In Western India, artists were on a separate trajectory to create a new and meaningful language. In 1947, the Progressive Artist’s Group was created as a challenge to existing norms in artistic production. Primarily based around Bombay, the artists which included M.F. Husain, F.N. Souza and S.H. Raza, did not share stylistic concerns, ranging from narrative and figurative imagery to abstraction. From the Baroda School in Gujarat, artists like Gulammohammed Sheikh, KG Subramanyam and Bhupen Khakhar turned towards narrative figuration in the 1960s.

The Singular and the Plural articulates a view of the modern in Indian art that is complex and multivalent, telling the story of not one, but many India’s. These diverse practices point to the specific preoccupations of artists that reflect their unique political and social realities.